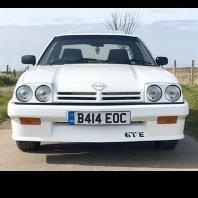 Had a quick run into Fraserburgh tonight as it was a lovely evening again, I maybe left it a little too late for photos as it was getting dark,  Project images are available to Club Members Only

The hunting and high revs are now resolved by replacing the idle control valve and cleaning the pins in the mass air flow meter where the plug from the ECU connects in to it, so all good, while s

I’m on holiday at the moment and subsequently there is no progress on the Manta, feet up and relaxing, so I have been looking through my vast collection of photos and came up with comparisons, or as c