Not revving properly when warm 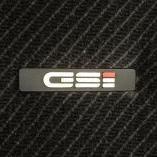